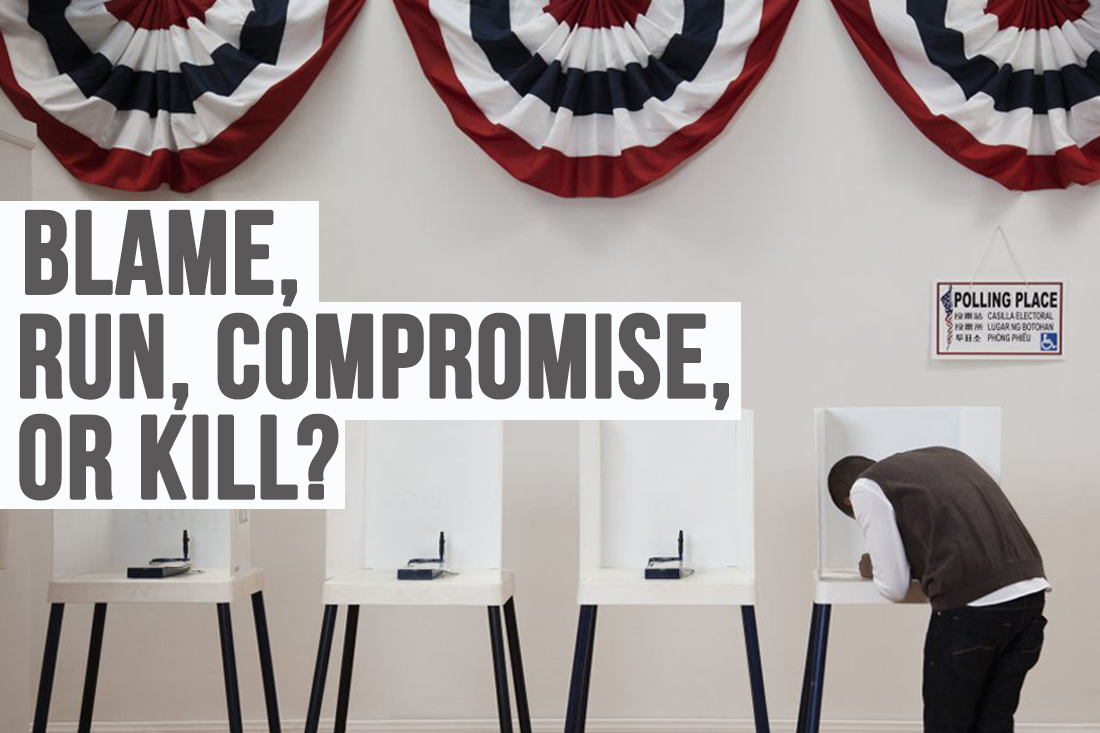 They were losing their nation and the end was near. It was a nation that was founded on a faith in God and He had blessed them for it. At one time, it had been a super-power, but those days were over. This nation of faith looked nothing like it had in its glory.

Where was God? Why had He allowed the ungodly to gain so much power? Was there anything that could be done? Could they get back to the time where things were as they should be –  time where people honored God and God blessed them?

Different parties had different ideas on how to respond. Leaders in the faith community saw the downfall as a product of the sinfulness that was becoming increasingly pervasive. They had no doubt about where to place the blame for the condition of the nation. Others felt it was a lost cause. The system was too big and powerful and the only way to reclaim any part of life was to separate, isolate and run somewhere else in order to rebuild society from scratch knowing at least what not to do. Those who had become enlightened to a better way could live out a holistic communal life in the woods or something. Another group agreed that the situation was unfixable, but instead of escaping, they made the best of it. They gave in, compromised and did what they needed to do to make sure they won at least some of the time. And, as always, there were the violent. In action and speech, their conviction was that their nation needed to be taken back and they were willing to do it by force and rebellion. Four ways to deal with the state of the nation; blame, run, compromise or kill?

None of them were completely wrong. Blame? No matter how you specifically define it, immorality was flowing freely down the pipeline and there was no shortage of supply. Run? The system was huge and seemingly, if not actually, insurmountable. There was definitely a better way to exist, but change from within would take generations if it were even possible. Starting over somewhere away from the Crazytown? That definitely had its appeal. Compromise? Escaping the system was not a realistic option for the masses. Making the best of it and obtaining some success was the only thing within the scope of influence of their limited power. Kill? That is what anger eventually demands and their anger was constantly boiling. The powerless often turn violent and the powerful call them uncivilized. Yet the powerful commit smug violence on the masses shrouded by a blanket monogrammed as political policy. Blame, run, compromise or kill?

These were the political parties in the days of Jesus in the tarnished nation of God’s people – the Pharisees, Essenes, Herodians and Zealots. Today we might relate them to the fundamentalists, hippies, career politicians and militia patriot groups. But, there are no black and white lines, really. I used to be more of a fundamentalist. I would love to just escape into the woods. I have voted while only considering what is best for myself and, man, sometimes getting into a fight is just an easier solution.

Do not worry. Jesus knows that during an election year the Facebook struggle is real. His news feed was full of comments from friends in all of these camps. Judas could be surprisingly Pharisaical and a slimy compromiser.1 John seemed a bit hippy-ish with all of his love talk.2 Matthew had sold out and taken a cushy government job collecting taxes.3 Simon, well he was a literal Zealot, not to mention the tendencies of the Sons of Thunder wanting cause mass destruction.4

He taught them all a new way.

He replaced blame with introspective grace. Running turned into self-sacrifice. Compromise was reformed into character and killing gave way to mercy.  Grace, sacrifice, character and mercy.

But, these have become platitudes. Too often they are nothing more than ideals we affirm and then quickly set aside to make way for the “real” issues and arguments. These are not the words that color our public discourse or undergird our political stances. Why?

Because we do not really believe in them.

We say we do, but if we are honest, they feel too passive and permissive. “If this nation is going to be changed, it will take strong leadership, resolve and tenacity.” That is why the Israelites thought their Messiah was going to be a dynamic military leader who would rally God’s people and overthrow the pagans in power. In that context, a crucified Messiah makes no sense and even Peter thought it was a stupid idea.5 Things like grace, sacrifice, character and mercy do not a war win.

This is the difference between the way of Jesus and the way of man. At the crux of Christianity is this moment of crucifixion that made no sense at that point in time because it was not simply about that point in time. The crucifixion (and resurrection) was the moment of revolt in a story much larger than Israel’s oppression. Israel thought they were the larger story, but the larger story was world-wide redemption. The larger story was Creator/Creation reconciliation.

In the smaller stories of people and nations at finite moments in time, the way of man seems best. When we as Christians live with one foot in the smaller story and one foot in the larger, we become tempted to attend to grace and mercy once the necessary dirty work is done. But, the way of Jesus demands that we participate in a larger story even as we still live moment to moment in smaller stories. The way of Jesus demands that we operate with grace, sacrifice, character and mercy even when it seems idealistic and naïve to do so. We cannot blame, run, compromise or kill in an effort to make it safe to eventually live differently.