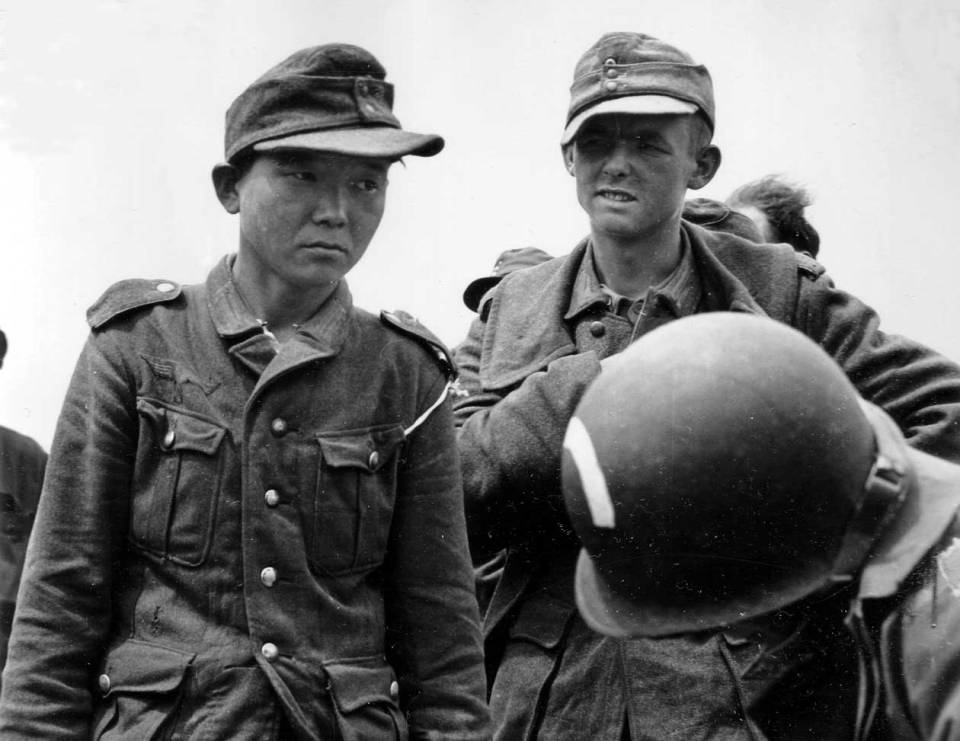 In June 1944, a young soldier surrendered to American paratroopers in the Allied Invasion of Normandy. At first his captors thought that he was Japanese, but in fact, he was Korean. His name was Yang Kyoungjong.

In 1938 at the age of eighteen, Yang had been forcibly conscripted by the Japanese into their Army. A year later, he was captured by the Soviet Military and sent to a labor camp. In 1942, he was drafted along with thousands of other prisoners into the Soviet forces. In 1943, he was taken prisoner by the German army. In 1944, and now in German uniform, he was sent to the battle lines in France. He eventually was captured again and after spending time in a British prison camp, he went to the United States where he said nothing of his past. He settled there and finally died in Illinois in 1992.

“In a war which killed over sixty million people and stretched around the globe, this reluctant veteran of the Japanese, Soviet and German armies had been comparatively fortunate. Yet Yang remains perhaps the most striking illustration of the helplessness of most ordinary mortals in the face of what appeared to be overwhelming historical forces.” 1

Yang’s life was engulfed in the white, raging waters of the evil intentions of men and there was nothing he could have done about it. He was powerless in the hands of the power-thirsty.

Our wars are a grand physical manifestation of the darkest parts of the human soul. Humans are overcome by their own selfishness, egos, and hatred. Then after these desires conceive in their heart, they give birth to all kinds of evil and this evil, when it is full grown and no longer able to be controlled, gives birth to destruction.2

And so it is on the largest of stages within the world and so it is on the small stages of our everyday lives. Our Desires conceive and give birth to actions, and once acted upon, these desires become full grown entities that we can no longer control or contain. They move about and do as they will.

And while these dark parts of our souls can grow into something as large as a war that consumes the world and brings death to over sixty million humans, we are not only evil all the time. There is light among us and within us and some of the greatest stories of self-sacrifice, humility, and love have taken place during some of the darkest times in the history of humanity.

But let us not just cheer for the hero and eventually move on. In this context, simply remembering the brave and the fallen by a standing ovation or a moment of silence is hardly enough. May their death not simply give birth to remembrance and honor among us, may it give birth to change. We do not simply owe them cheers and bowed heads only to send their sons and daughters into the same chaotic violence decades later. We owe them death. Death of our own desires that grow into war.

Words are the first munitions used in war. And, out of the overflow of the heart, the mouth indeed speaks.3  Although the daily flow of words is at a diluvial level, we are in the middle of a drought when it comes to wisdom. Wisdom flows from the wells of deep souls and washes away the dry, cracked earth of foolishness.

“ So, who is wise and intelligent among us? Who are the geniuses? Let them show it by the way they behave, by what they accomplish through humility. Huge egos, vengefulness, bravado… these things are not indications of wisdom, but instead, trademarks of the shallow and carnal. You can be sure that the same heart that produces these things is capable of even more. But, the person branded by actual wisdom is a soul of deep reverence, that is equitable and fair. The wise are understanding and display goodwill joined with a desire to help. They are unwavering in their impartiality and drenched in authentic sincerity. They are peacemakers.” 4

So lay down your advice or advice given to you. Lay down your political talking points and the candidates you support. Lay down your black and white, right and wrong conclusions. Then, next to them lay these words and evaluate the depth of their wisdom.

Who indeed is wise and understanding among us?